September is Roald Dahl’s birth month, and today on his birthday (the 13th of September) is the Roald Dahl day! What many of you might not know is that this famous novelist, short story writer, poet, and screenwriter was actually the son of Norwegian immigrant parents something we are very proud of in Norway.

He was raised by his Norwegian mother, who took him on annual trips to her home country where she would tell him Scandinavian stories and fairytales of trolls and witches. Dahl was highly influenced by these stories and his cultural heritage which you can find traces of in his children’s books.

Below I have collected a few of my favourite Roald Dahl quotes from his books, they are great reminders in this world to be kind and believe in a bit of magic.

“If a person has ugly thoughts, it begins to show on the face. And when that person has ugly thoughts every day, every week, every year, the face gets uglier and uglier until you can hardly bear to look at it.
A person who has good thoughts cannot ever be ugly. You can have a wonky nose and a crooked mouth and a double chin and stick-out teeth, but if you have good thoughts they will shine out of your face like sunbeams and you will always look lovely.”

“It doesn’t matter who you are or what you look like, so long as somebody loves you.”

“And above all, watch with glittering eyes the whole world around you because the greatest secrets are always hidden in the most unlikely places. Those who don’t believe in magic will never find it.”

“Mr. Wonka: “Don’t forget what happened to the man who suddenly got everything he wanted.”
Charlie Bucket: “What happened?”
Mr. Wonka: “He lived happily ever after.”

– Charlie and the Chocolate Factory

“A little magic can take you a long way.”

– James and the Giant Peach

“I was glad my father was an eye-smiler. It meant he never gave me a fake smile because it’s impossible to make your eyes twinkle if you aren’t feeling twinkly yourself. A mouth-smile is different. You can fake a mouth-smile any time you want, simply by moving your lips. I’ve also learned that a real mouth-smile always has an eye-smile to go with it. So watch out, I say, when someone smiles at you but his eyes stay the same. It’s sure to be a phony.”

– Danny the Champion of the World

“Most of the really exciting things we do in our lives scare us to death. They wouldn’t be exciting if they didn’t.”

– Danny the Champion of the World

“I cannot for the life of me understand why small children take so long to grow up. I think they do it deliberately, just to annoy me.”

“I began to realize how important it was to be an enthusiast in life. He taught me that if you are interested in something, no matter what it is, go at it at full speed ahead. Embrace it with both arms, hug it, love it, and above all become passionate about it. Lukewarm is no good. Hot is no good either. White hot and passionate is the only thing to be.”

“Having power is not nearly as important as what you choose to do with it.” 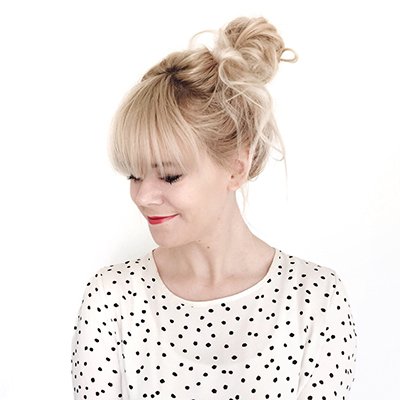 Happy midweek from my desk. Remember, there is no

What is the dearest piece of furniture or design i

Mondays have become a bit of a day for updates, so

This weekend’s activity is taking us back to the

Ahhh weekend... Got any fun plans at home? After a

Slowly getting used to our new normal of staying i