With the weekend here and the current situation we are all in, most of us are slowing down and enjoying days at home. One of the activities I really enjoy during weekends which brings a lot of joy is boardgames and puzzles, it is the perfect way to get together and have a hyggelig time. Whether you are in two or a larger group, below I have collected a selection of fun Nordic games and puzzles. Some of these I have tried, others I haven’t had the time to (yet).

We can all need a bit more hygge in our lives these days, and I hope some of these can help you find it!

Ticket to Ride Nordic Countries is a game that sets players off on a Nordic adventure through Denmark, Finland, Norway and Sweden as they connect iconic cities of the region. Players collect cards of various types of train cars that enable them to claim railway routes and pass through tunnels and onto ferries, as they connect cities throughout the Nordic Countries. Designed specifically for 2 or 3 players, the game maintains the charm and strategy of other original Ticket to Ride games and can be learned in only 5 minutes! Perfect for anyone who wants to

Visit Norway’s beautiful fjords and the magnificent mountain scenery on the Rauma Railway. Breathe in the salt air of the busy Swedish ports on the Baltic Sea. Ride through the Danish countryside where Vikings once walked. Hop-on the Finnish railway and travel across the Arctic Circle to the land of the Midnight Sun.

In the game Copenhagen, players must design new façades for the colourful houses on Nyhavn so that they fit seamlessly into the beautiful harbor setting. By using the cards on displays, players receive the corresponding façade polyomino tiles, with which they beautify their houses. Overbuilding certain spaces and floors gives them additional skills for the rest of the game. Floors that consist of a pure window front are particularly rewarding and bring the players many points. The player who most cleverly builds their façade-tiles and uses their abilities to the full potential will be the winner of the game. I have this game myself and love it, reminds a bit of Tetris!

The Danish city of Copenhagen is traversed by canals and harbors, and part of it — “Nyhavn” (New Harbor) — is famous for the colourful gabled houses along the water.

This game has more than 300 entertaining, interesting and thoughtful questions designed to spark cozy conversation, and create the right atmosphere for an ultimate hygge evening. It is all about bringing people together, getting friends and family to share stories and discussing the big and small things in life. The Hygge Game is a great gift, and a perfect game for a night in, a party or a dinner with friends or family.

Hygge (pronounced hue-guh) is Scandinavian for enjoying the good things in life. It’s a feeling of togetherness, well-being and coziness, and there is nothing more hygge than sharing a good time with friends and family.

This scenic jigsaw puzzle contains 1000 pieces and features a breathtaking photograph of a Norwegian fjord on a beautiful sunny day. Snow sits at the very top of the fjord, while waterfalls cascade down to the water. The waterway itself features several boats, most notably the cruise ship along the center. We have this puzzle and did it a few weeks ago. Very calming and just the right amount of challenge for a relaxing activity while you dream about the Norwegian fjord.

Trolls are popular creatures which you find in Norwegian fairytales. In the Trollfjord game you must populate a map with your trolls and strategically position them around the legendary rocky forts of the mountain ghost… You strike the tower with the hammer, trying to knock out some rubble of different colours in order to collect the most valuable treasure tokens. But be careful! Do not knock out more rubble than your capacity allows, which is determined by the number of trolls you have around the cave. Although, there is some luck involved in the game, you may be surprised how much you are able to control. Through tactical placement of your trolls you may even join in on other players excavations, freeloading off their hard work.

UNO is the classic card game of matching colours and numbers that is easy to pick up…impossible to put down and so much fun. Players take turns racing to get rid of all their cards by matching a card in their hand with the current card shown on top of the deck either by colour or number. Special action cards deliver game-changing moments and help defeat opponents. This version feature lovable characters from Moominvalley such as Moomintroll, Little My, Snufkin and Snorkmaiden.

>> VIKINGS RISK: THE CONQUEST OF EUROPE

This version of the classic game Risk is baed on the much loved the series Vikings. The continent of Europe has faced many battles in the past, but none as brutal as what is about to become a 250-year conquest. Ragnar Lothbrok, disenchanted with his chieftain’s progress, decides to cross the oceans by boat and discover new, richer civilisations. Now it’s your turn to engage in combat and seek to conquer this new world alongside him. Play as one of five fully customised Viking tribes, including uniquely influential Viking longship game pieces, as you try to invade and capture the nine regions of Europe. It has special ‘cards of the gods’ to help boost your forces or ruin your plans, and special raid cards to capture strategic strongholds and gain new warriors.

This edition of Risk is an epic battle for control of Europe… and its vast riches. See you in Valhalla!

If you have a garden and want a game to play outside, what about Kubb Viking clash? It is an exciting game brought back from old Nordic tradition for friends and family to enjoy. Kubb includes all the traditional kubb pieces you need to play the game. The set is constructed with premium knot-free rubberwood that will endure battle after battle and features unique laser engraved graphics – choose between team ships and team castles to make for a true Viking clash. The game plays just like regular kubb and includes detailed rules that are easy to pick up for beginners and returning players alike.

Imperial Settlers: Empires of the North is a game in which players lead one of six clans from three different factions. The game plays out over a series of rounds, during which players explore new lands, construct buildings, trade resources, and sail to new lands with the aim of either conquering, or pillaging to gain more goods.

Settlers from three Nordic empires have decided to start their voyages and set sail for new lands in hopes of finding more resources, and increasing their opportunities to expand. Building new structures, taking advantage of upcoming events, and outsmarting opponents is their path to greatness. You don’t know who your opponent might be; it might even be a different clan from your nation. Even so, you will do what is necessary. Your current lands are meager, and the resources scarce, so you’ll need to work hard to acquire the food and resources necessary to thrive!

Will you be able to create the most successful civilization in Imperial Settlers: Empires of the North?

This fun buildable version of the original lets you create a classic board game from LEGO bricks, then bring on the minifigure teams and let the game begin! This iconic LEGO ludo game comes with 16 different minifigure players divided into 4 teams. It has colourful play area with 4 team bases, each depicting a different season, plus a buildable number spinner.

Are there any other Nordic boardgames you miss on my list? Let me know as I am always on the lookout for new discoveries. 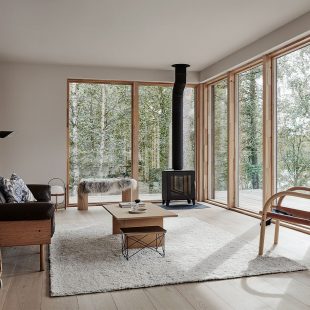 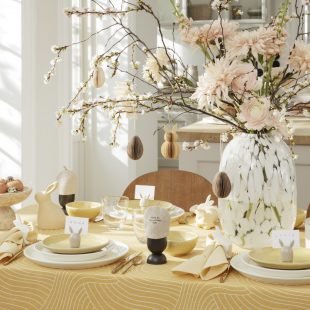 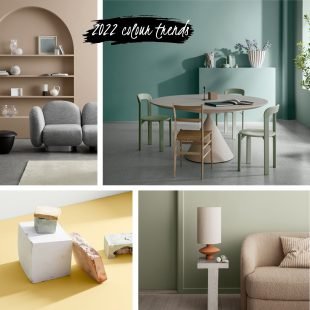