9 HOURS IN TORTONA AND NAVIGLI 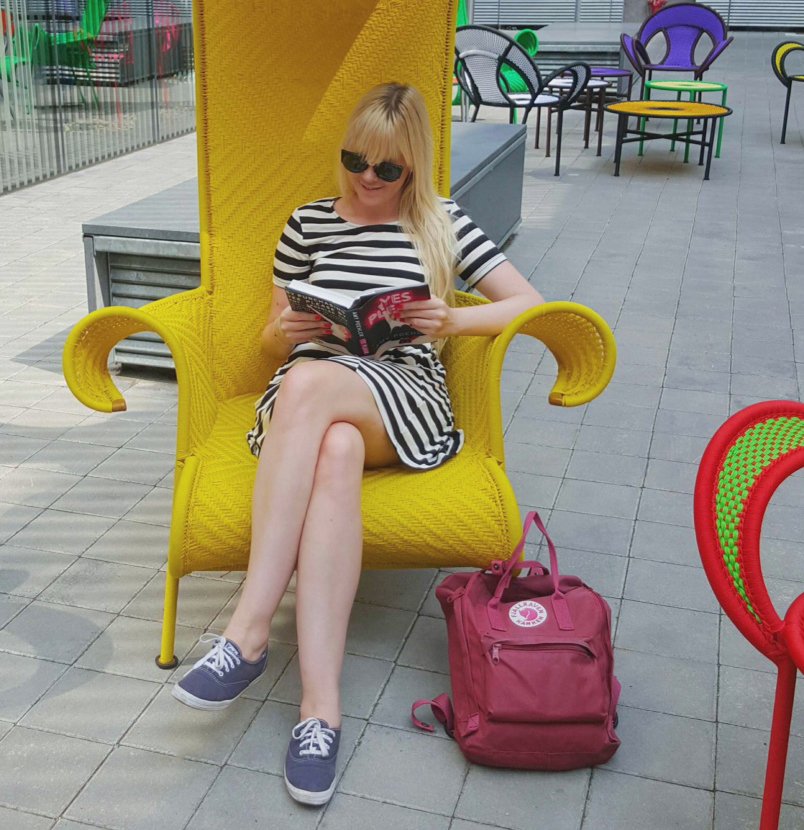 Last week I spent 9 hours around the Tortona & Navigli area of Milan. I really like it there so I thought I would share some of the things I did. It is a very trendy up-and-coming area of Milan full of cool café’s, creative shops, streetart & fashionable beautiful people everywhere you go. I would say it’s in a way Milan’s version of Brick Lane; a great place to have a wander if you are like me and in need of some inspiration. My aim of the day was to get to know the area so I decided on not bringing a map or using google maps on my phone. It went surprisingly good and is to me the best was to explore a new area, although it is good to have google maps at hand incase you get really lost.

My day started by taking the underground in to Porta Genova Station, which is right in the middle of where Tortona & Navigli meet and therefore the perfect starting point. It was then time for breakfast, which to me is one of the most important times of the day! I had done a bit of research online beforehand and decided to go to this place called God Save The Food which looked very appealing. They had croissants and cakes and a large colourful selection of smoothies (which I didn’t see until after I had ordered.. *sadface) but in the spirit of all things British I decided on a cute salmon & cucumber finger sandwich. As I was happy to discover that they had soya milk I also ordered a soya cappuccino which was very tasty. 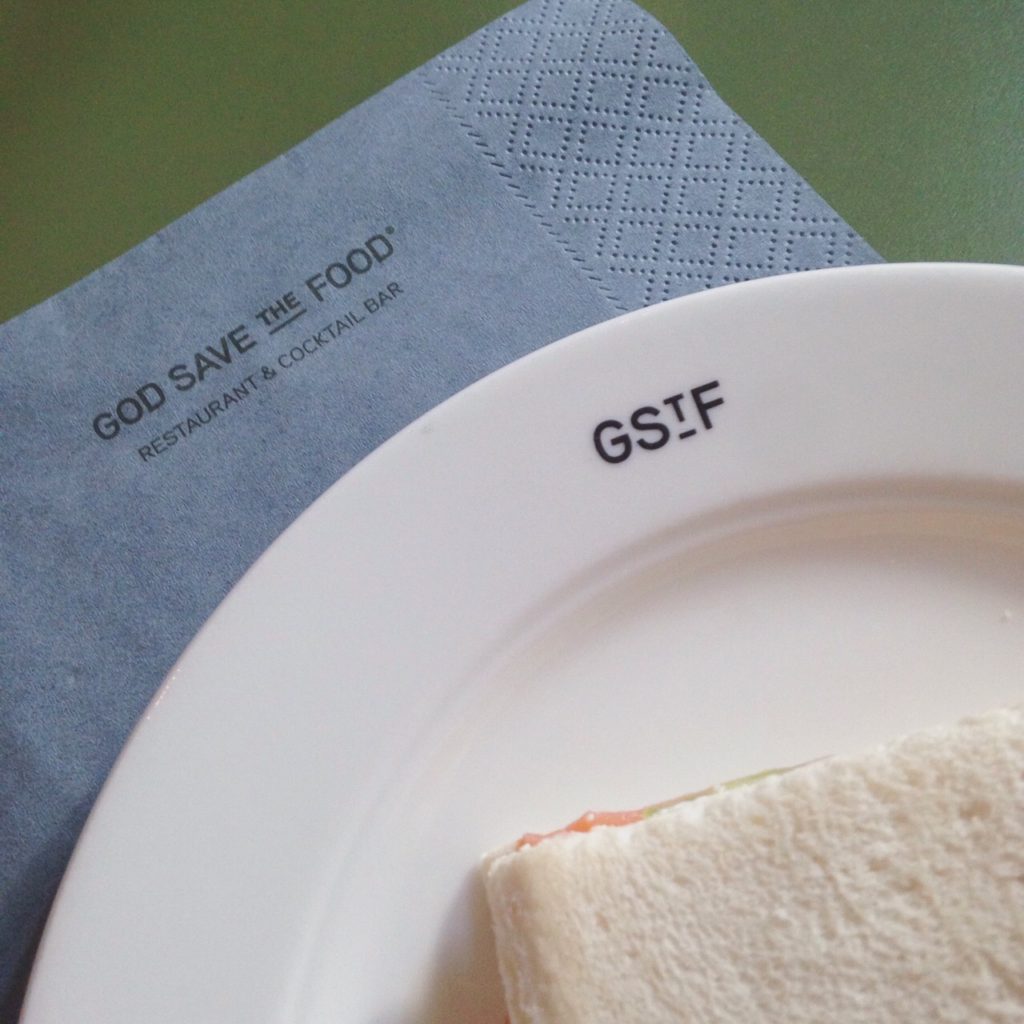 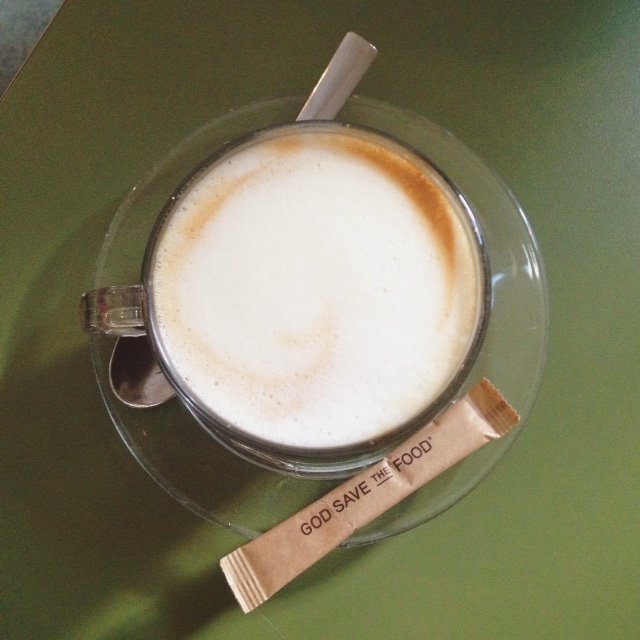 It was a nice place to grab breakfast because even though it is very popular and quite a lot of people they all seem to run out the door quite quickly after shooting down their espresso so most of the tables were empty. 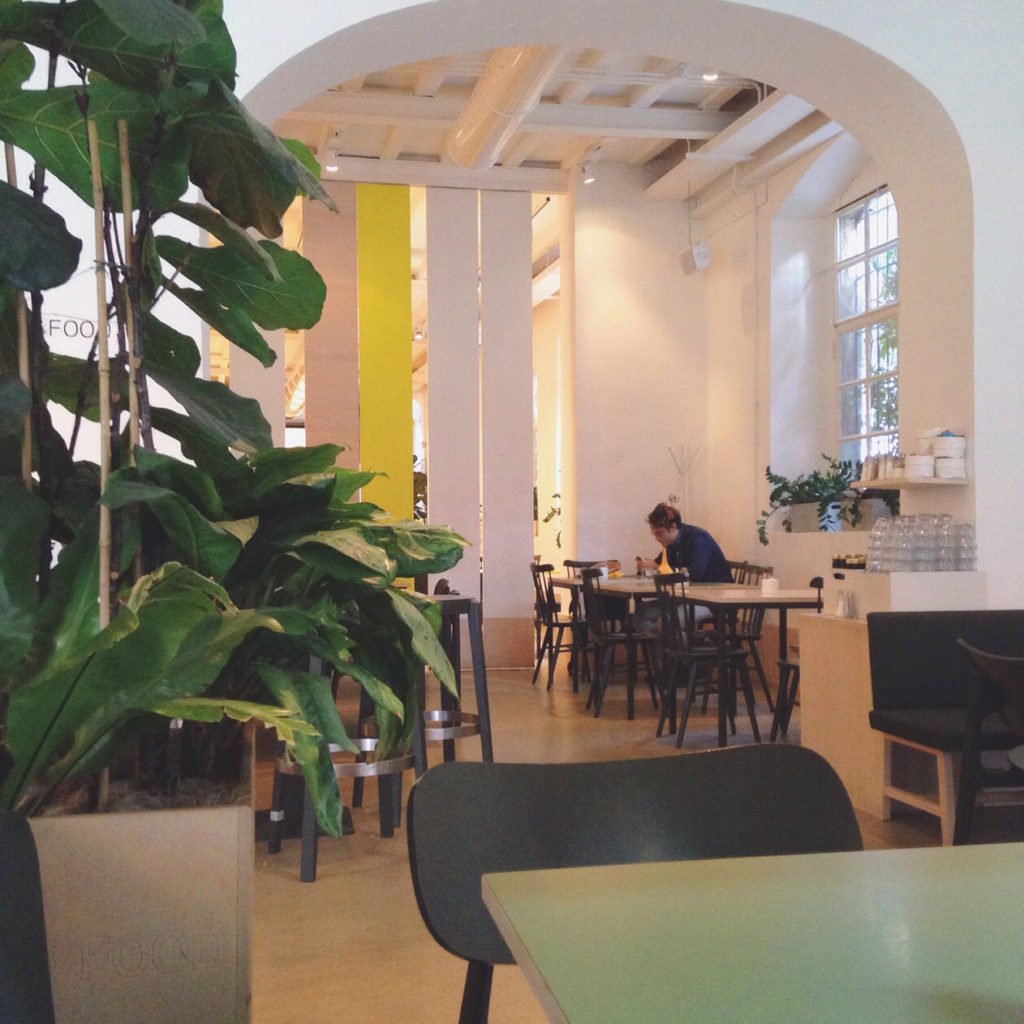 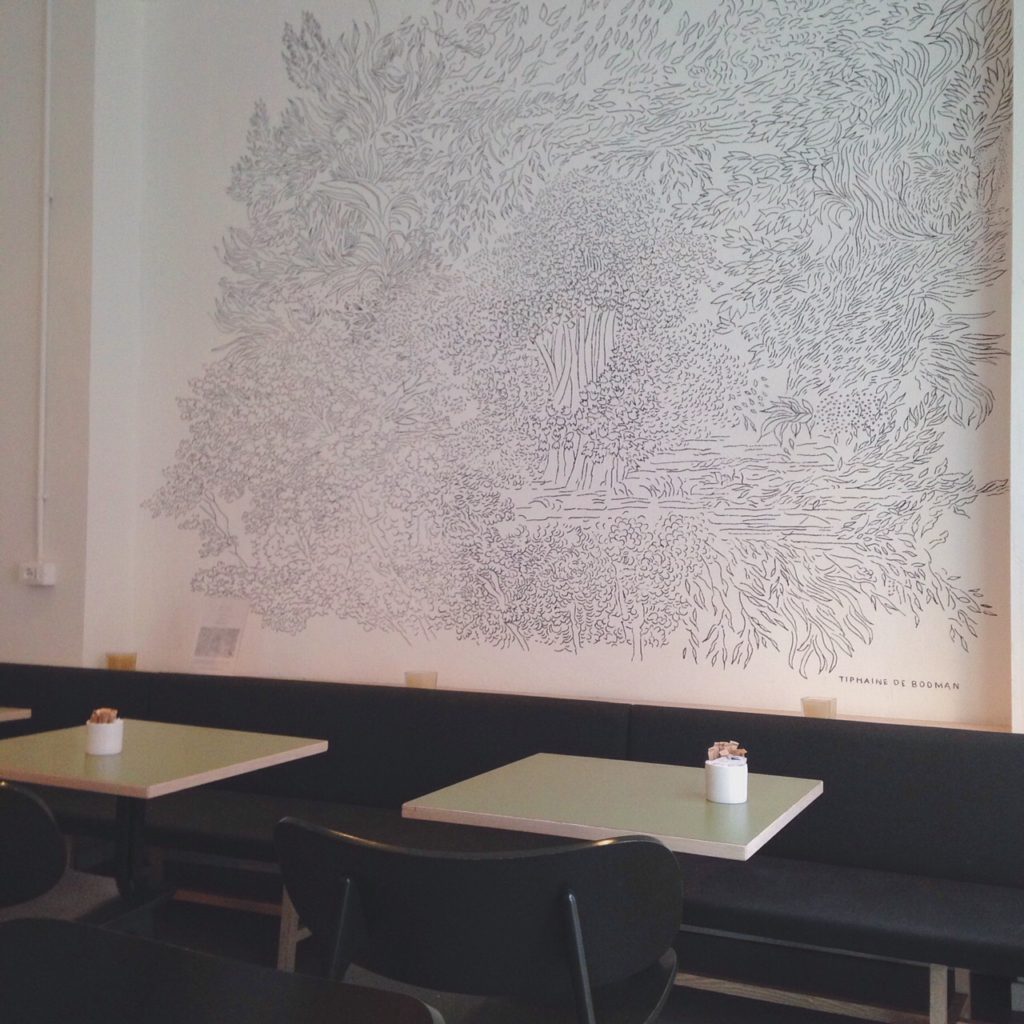 After breakfast I had a walk around the area for nearly 2 hours exploring and trying to get familiar with it. I discovered that Napapijri has a showroom there (trust the Norwegian to spot the Norwegian flag), saw a lot of cool places I have put on my to-do list for another time and got a bit lost on the hunt for a shop called Bio c’ Bon. I eventually found it and had a browse before I ended up with this little vegan treat. 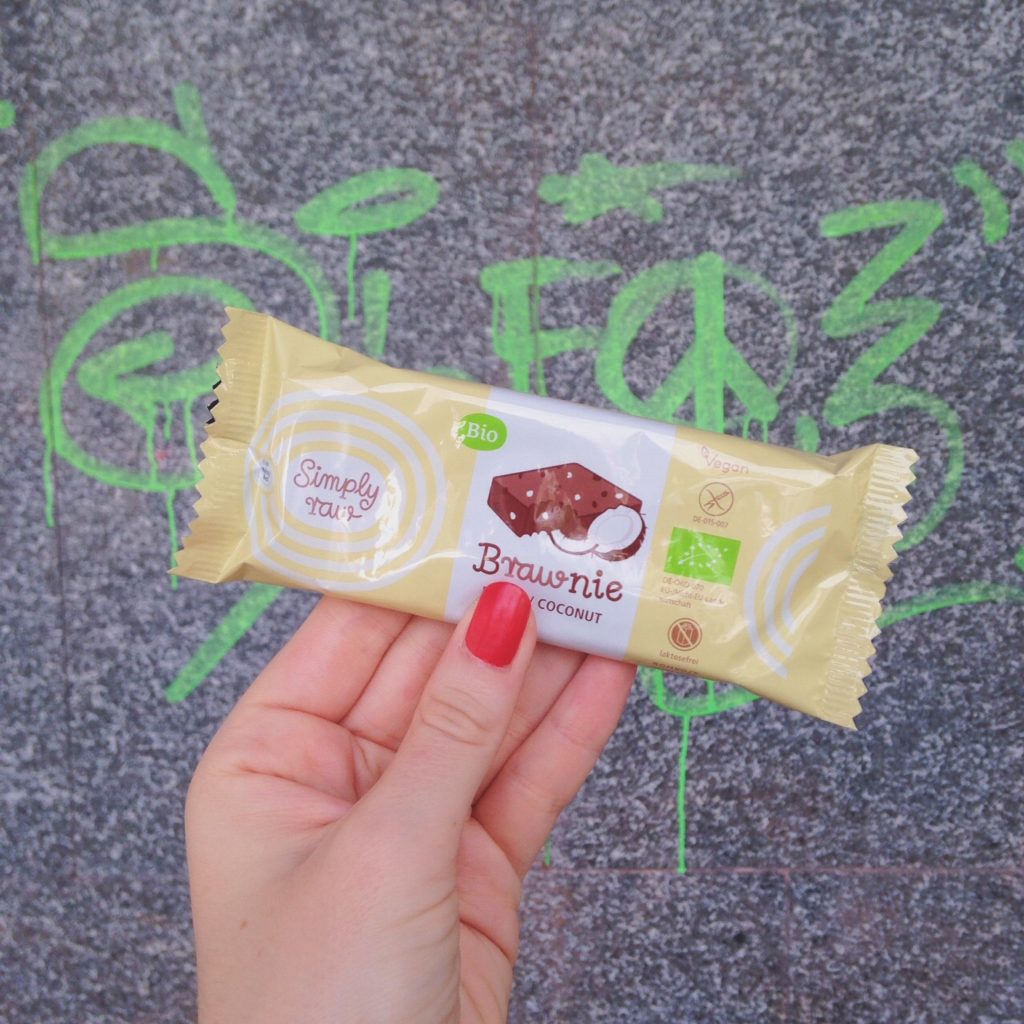 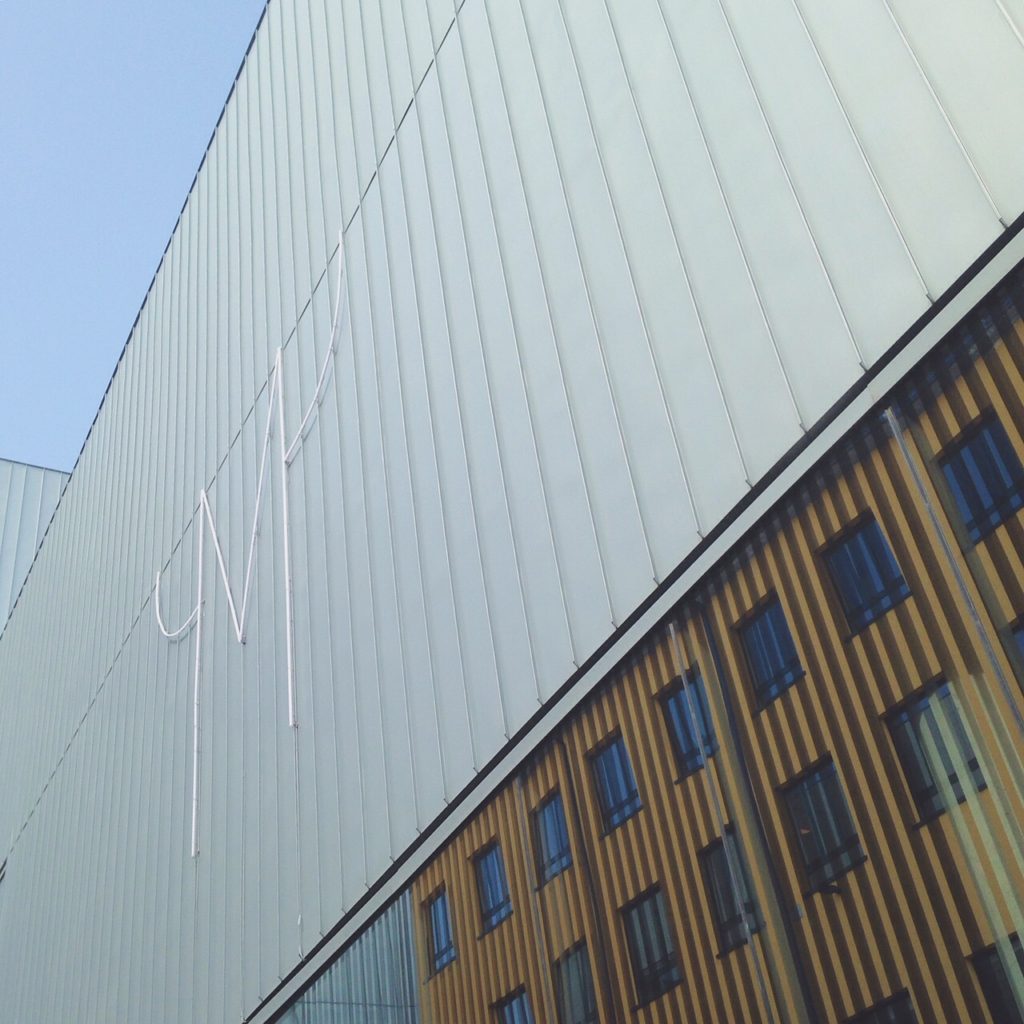 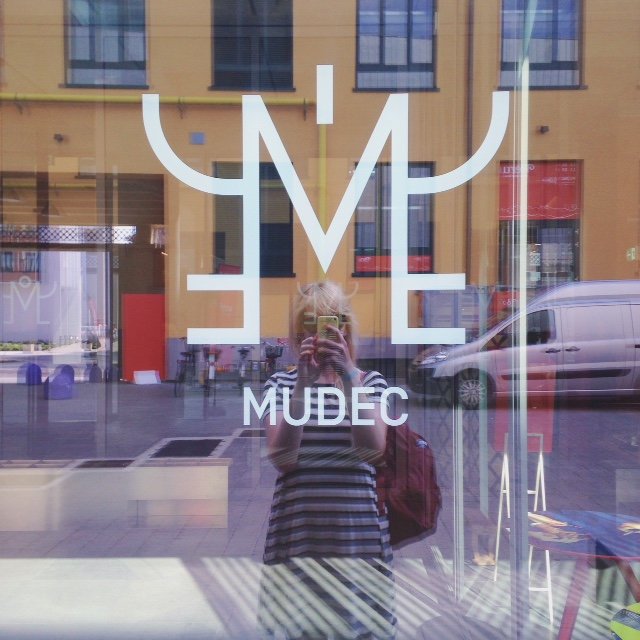 After the snack I walked a bit more before I arrived at the MUDEC museum and had a look inside to see what it had to offer. Their design store is great, almost like a little art gallery of it’s own, and the bistro was beautiful & modern with a lot of art on the walls. There is also a restaurant on the third floor of the building which I didn’t go in to, but it’s said to be ‘an elegant, exclusive setting for gourmet dining’. 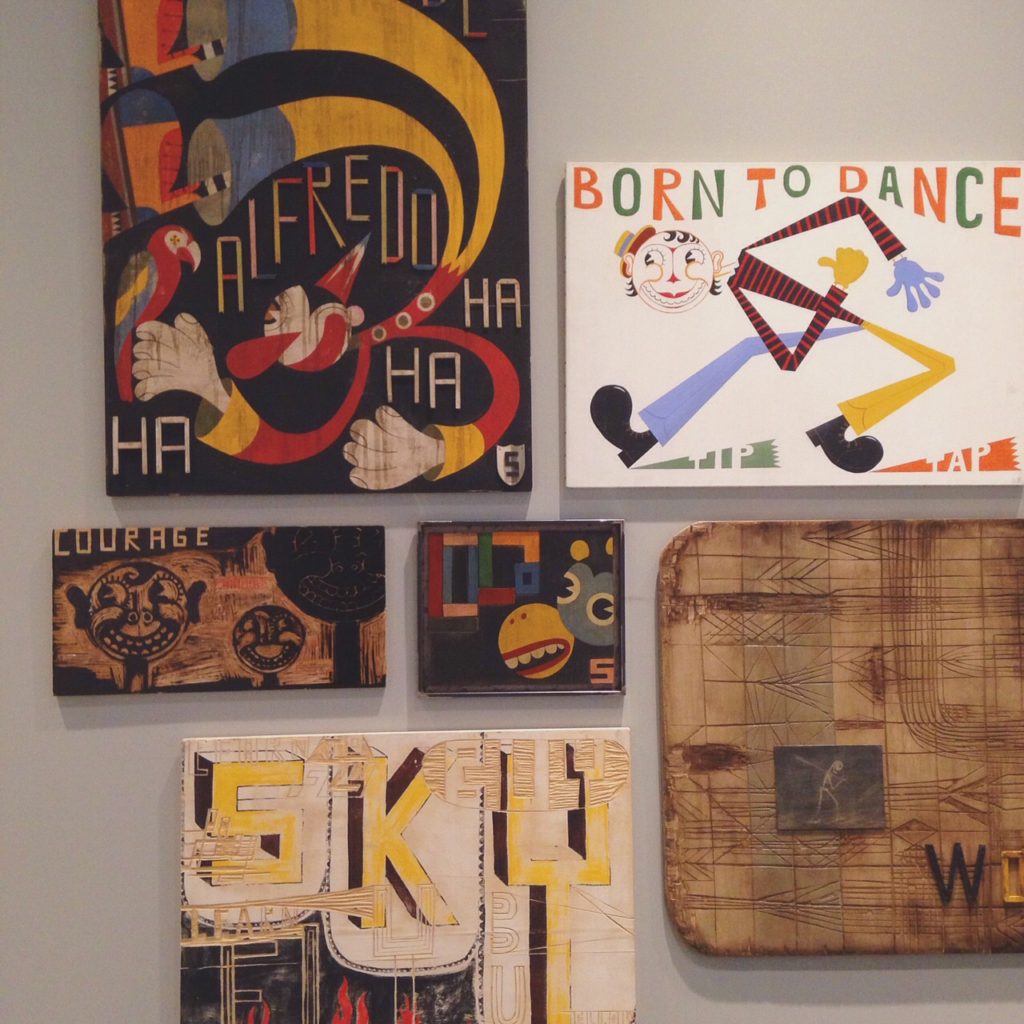 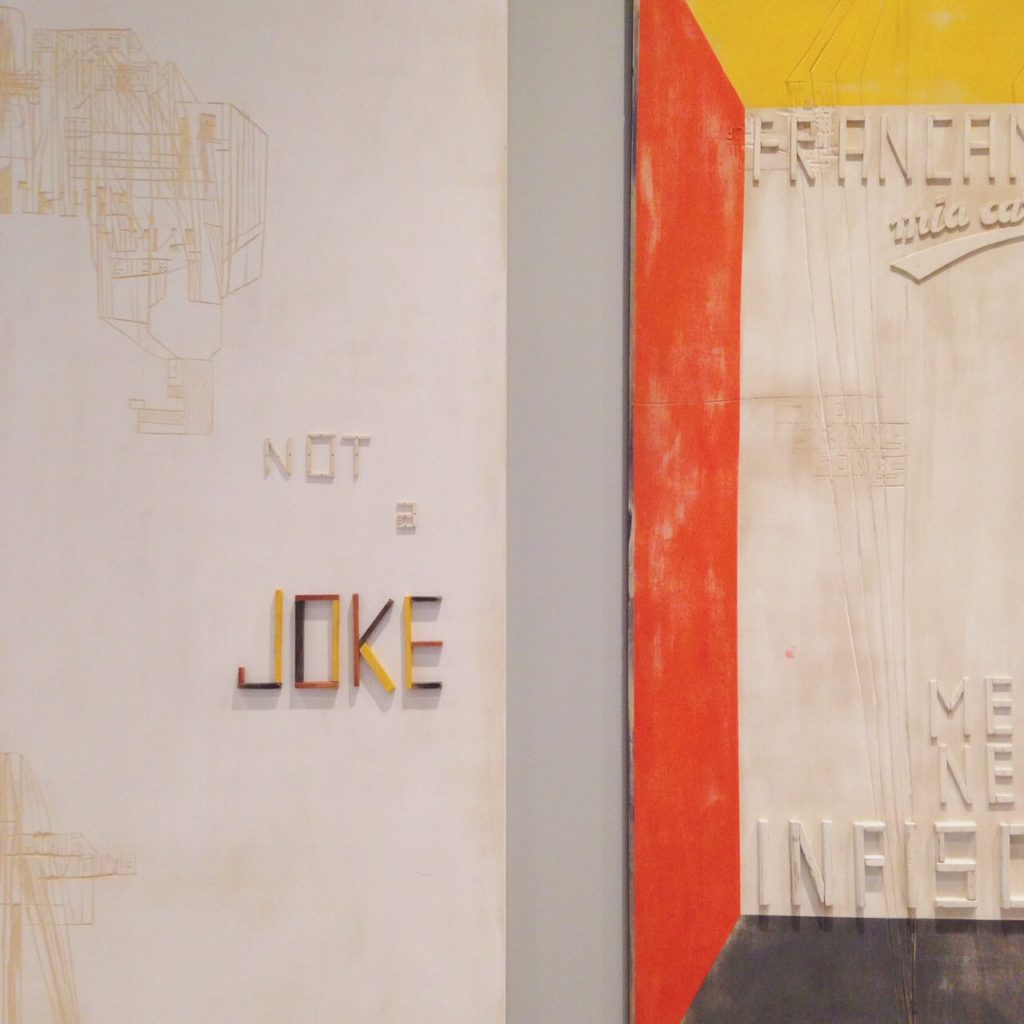 As I wasn’t in the mood to walk around inside too much on this sunny day I decided not to go to the exhibition (but noted down that there will be a Barbie exhibition on later this year that I might check out.) I had a little snoop around inside the building though as I was curious to see the interestingly shaped hallway on the second floor. 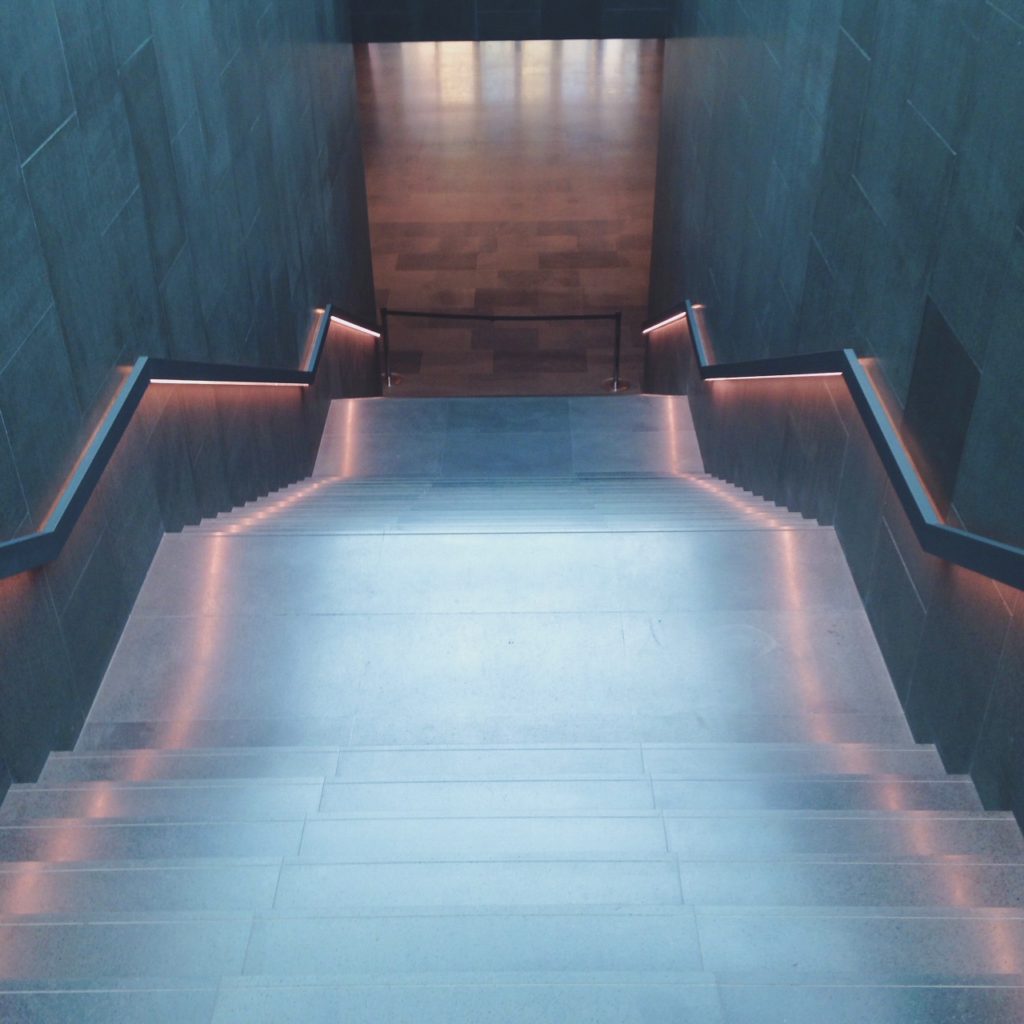 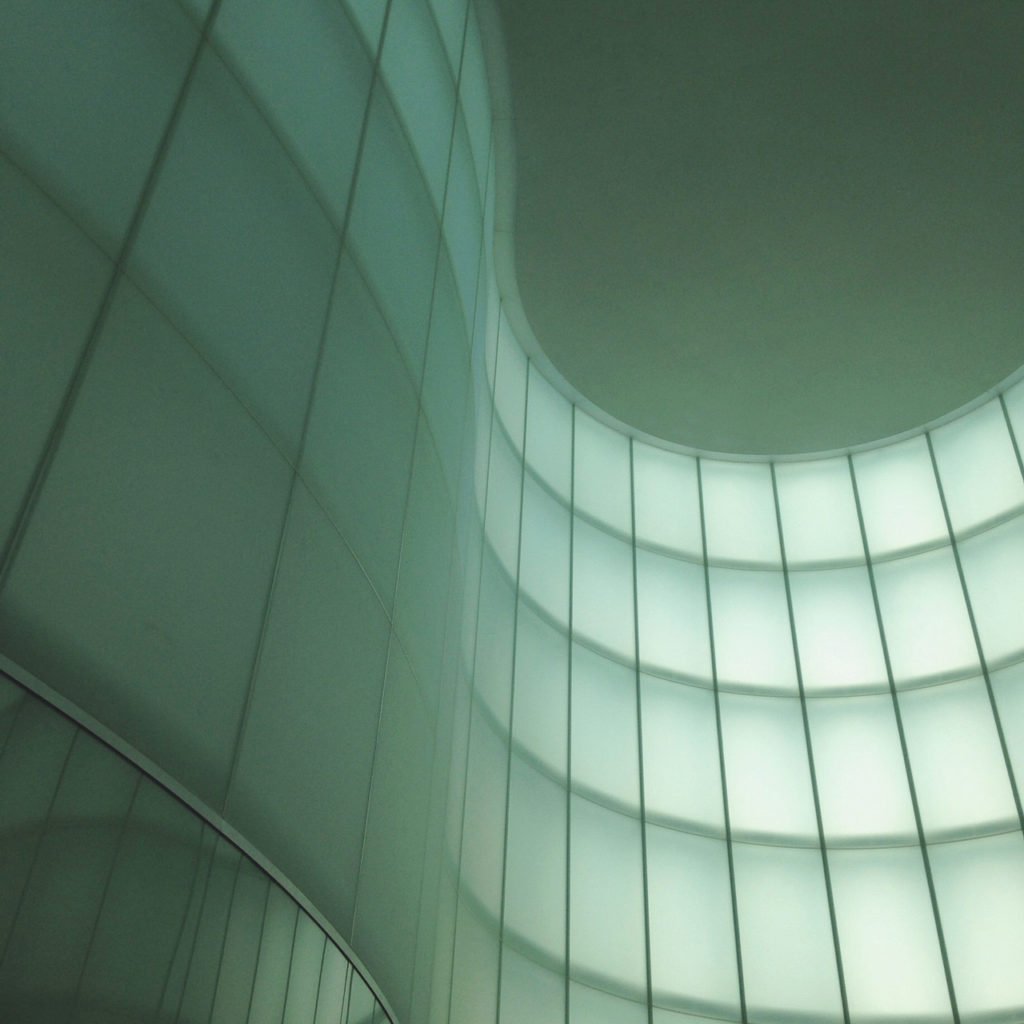 I found a lovely yellow chair outside in the courtyard and rested my feet for a bit while I read a book. It was a nice and peaceful place to sit, and that chair was so comfortable! 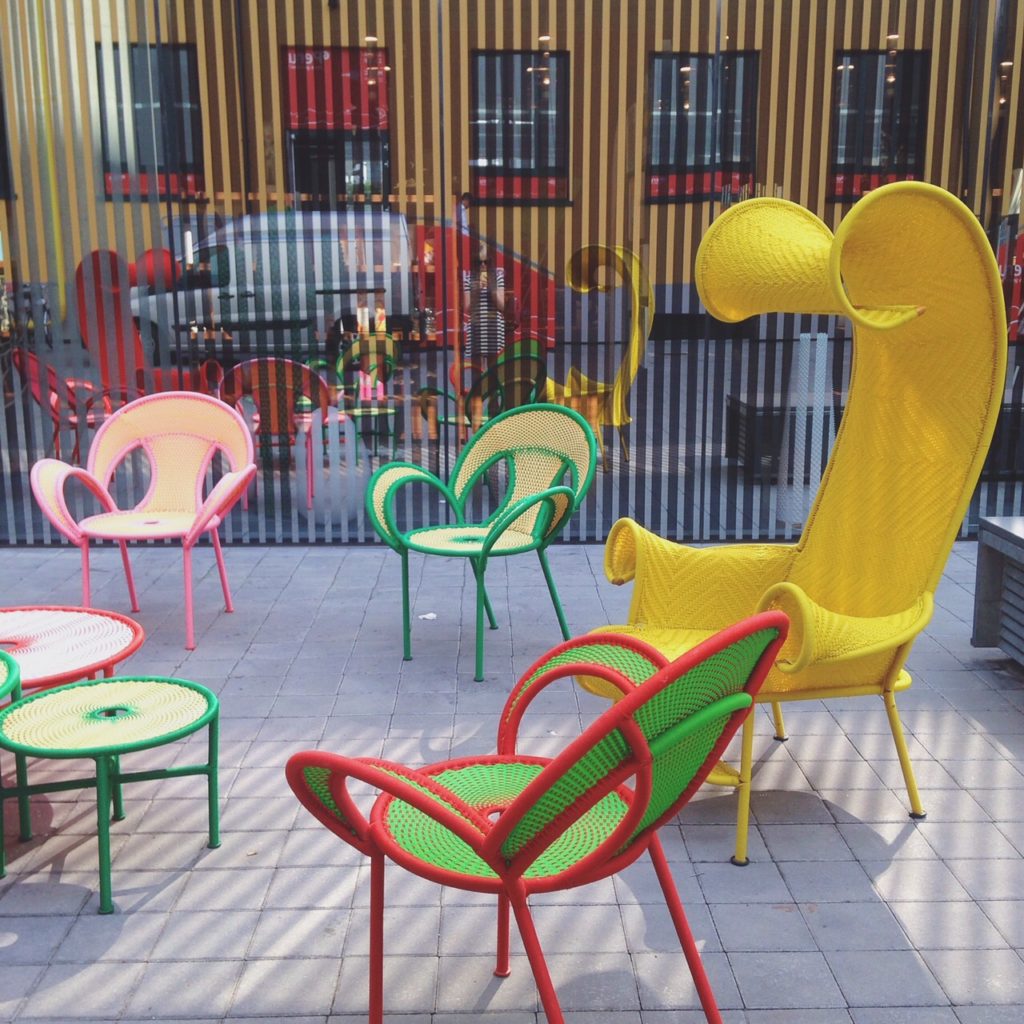 “A multidisciplinary and multifunctional centre devoted to the world’s various cultures, the Mudec, Museo delle Culture, is designed to become a point of reference in Italy for research, dissemination and entertainment in the fields of art and creativity. The Mudec engages in constant dialogue with the international communities present in Italy so as to ensure broad expression of the multiplicity of cultures involved with no sacrifice of their complexity.” – MUDEC mission statement

At this point I was getting very hungry and as I was close by God Save The Food I decided to go back again for lunch. This time it was very full of people as there are many offices nearby, but there were a few tables still available so I didn’t have to wait too long. I was meeting my boyfriend for lunch and it was a lovely place for a little lunch date, although a bit noisy. My boyfriend had the club sandwich (which looked amazingly good but I forgot to take a photo of) and I had eggs & bacon which was also very good. 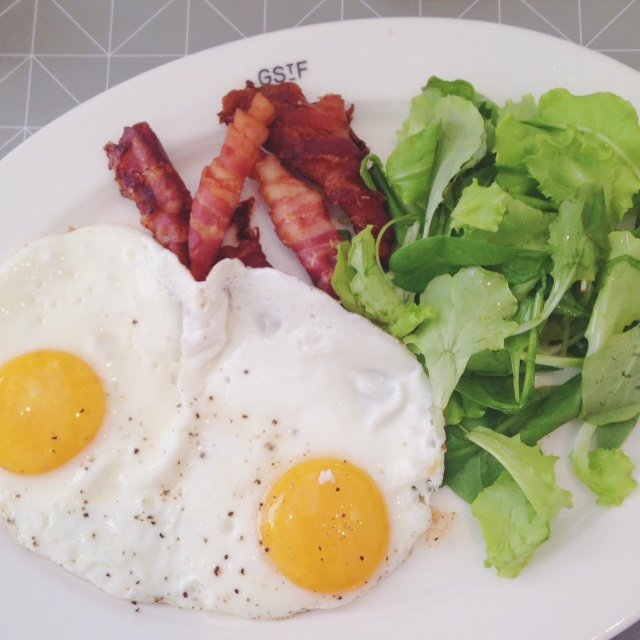 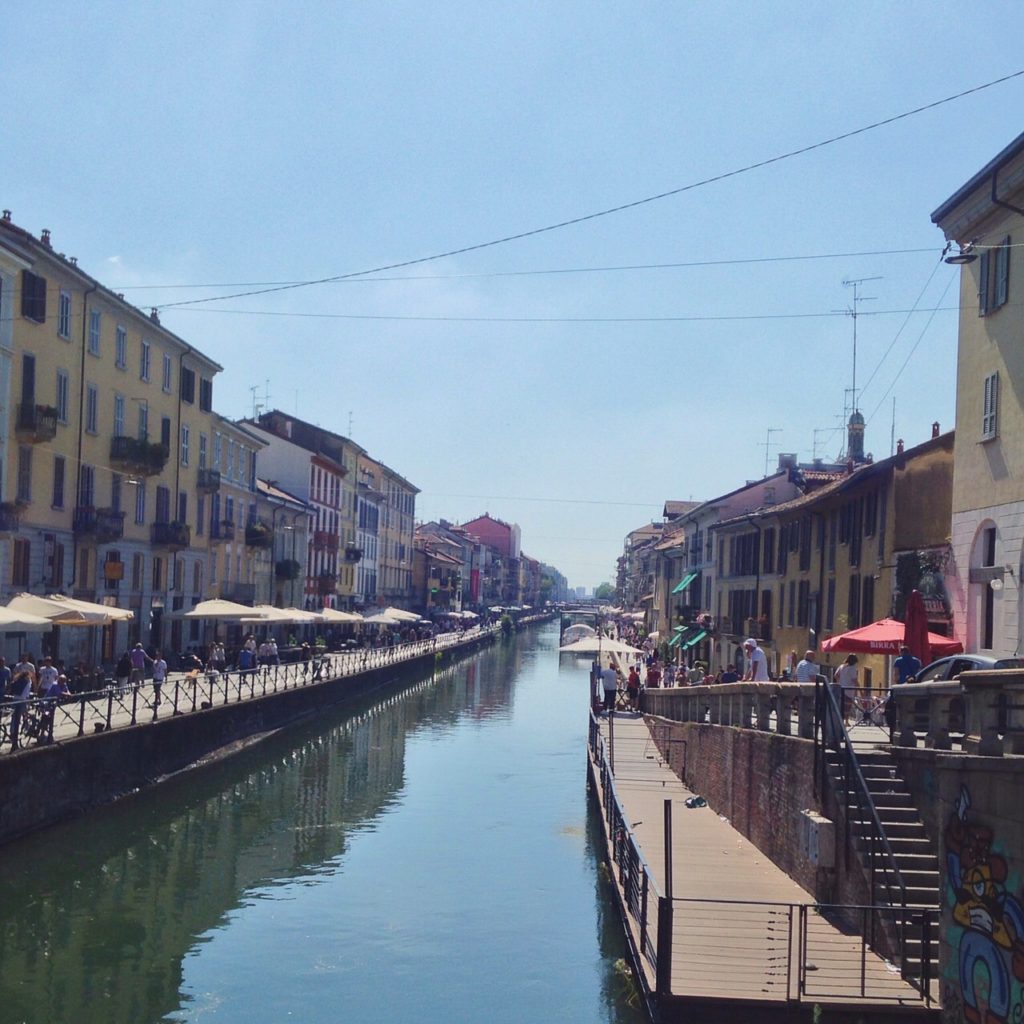 After saying goodbye to my boyfriend I headed to the Navigli district which surrounds the city’s historic canals and is the place to go in Milan for an aperitivo. As I was there around 3 and not really ready for a drink (yet) I decided to just walk along the canal in the sun. I have been there many times in the evening, but it is nice to see it when it is all empty during the week. 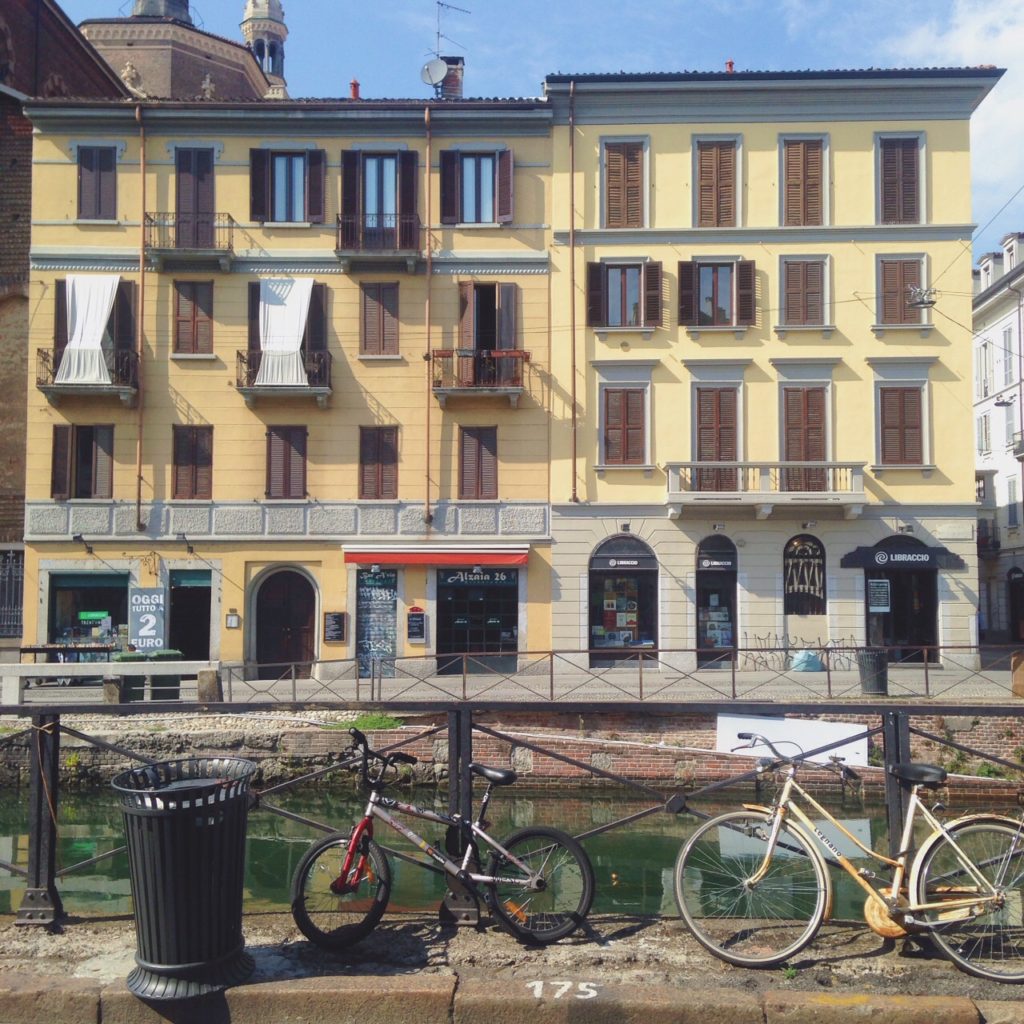 At the end of the Naviglio Grande canal I ended up at the Urban Farmers Market of Milan called Mercato Metropolitano. It is a temporary 16.000 sm. area of streetfood, farmers, artisans and events created within the ‘Outside EXPO’ calendar “EXPOCITTA”. If you are hungry this is the place to go as it has all kinds of both Italian and international food available. 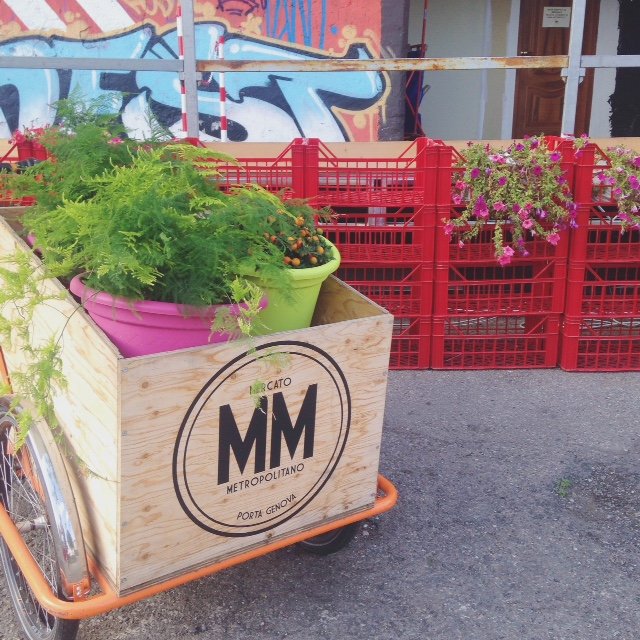 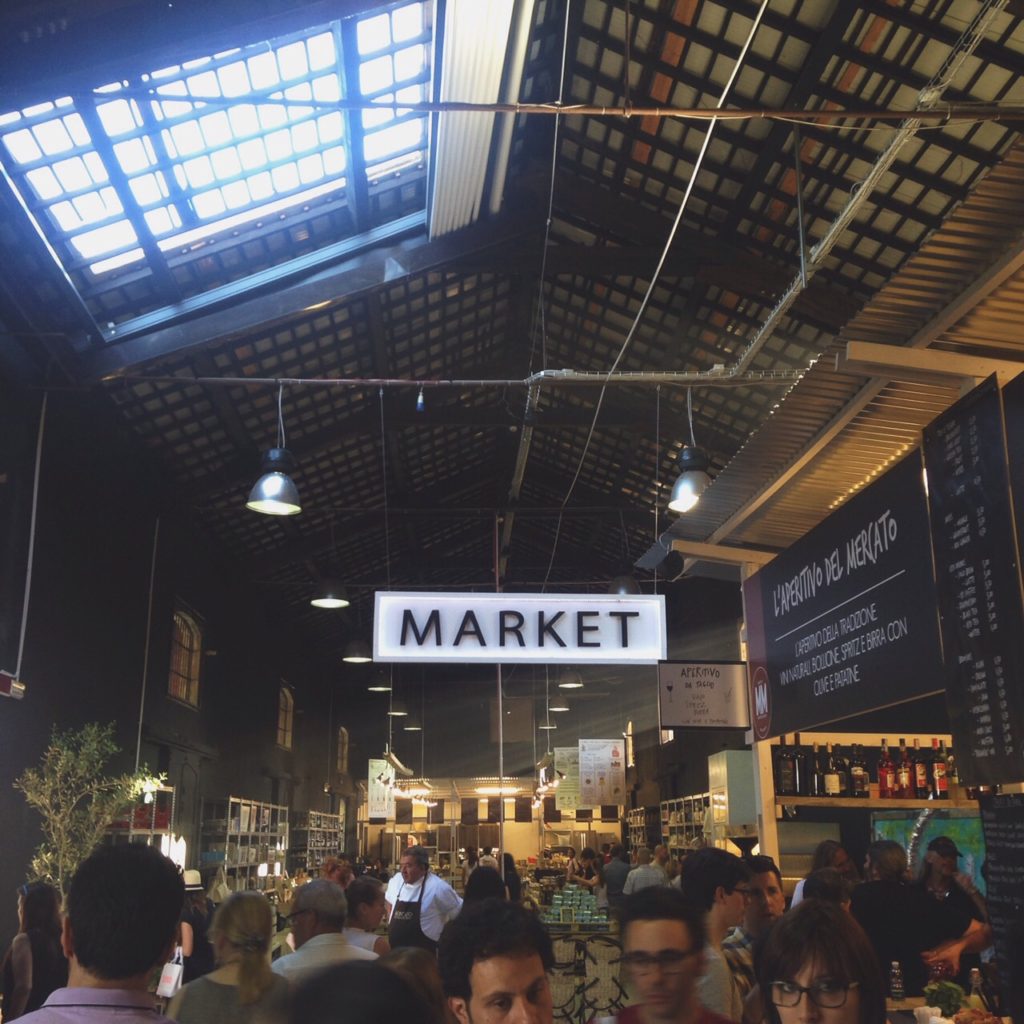 Still feeling so full from the lunch earlier I ended up with a refreshing lemonade from one of the stalls and sat on one of the tables reading my book while people watching and enjoying what was left of the day.. 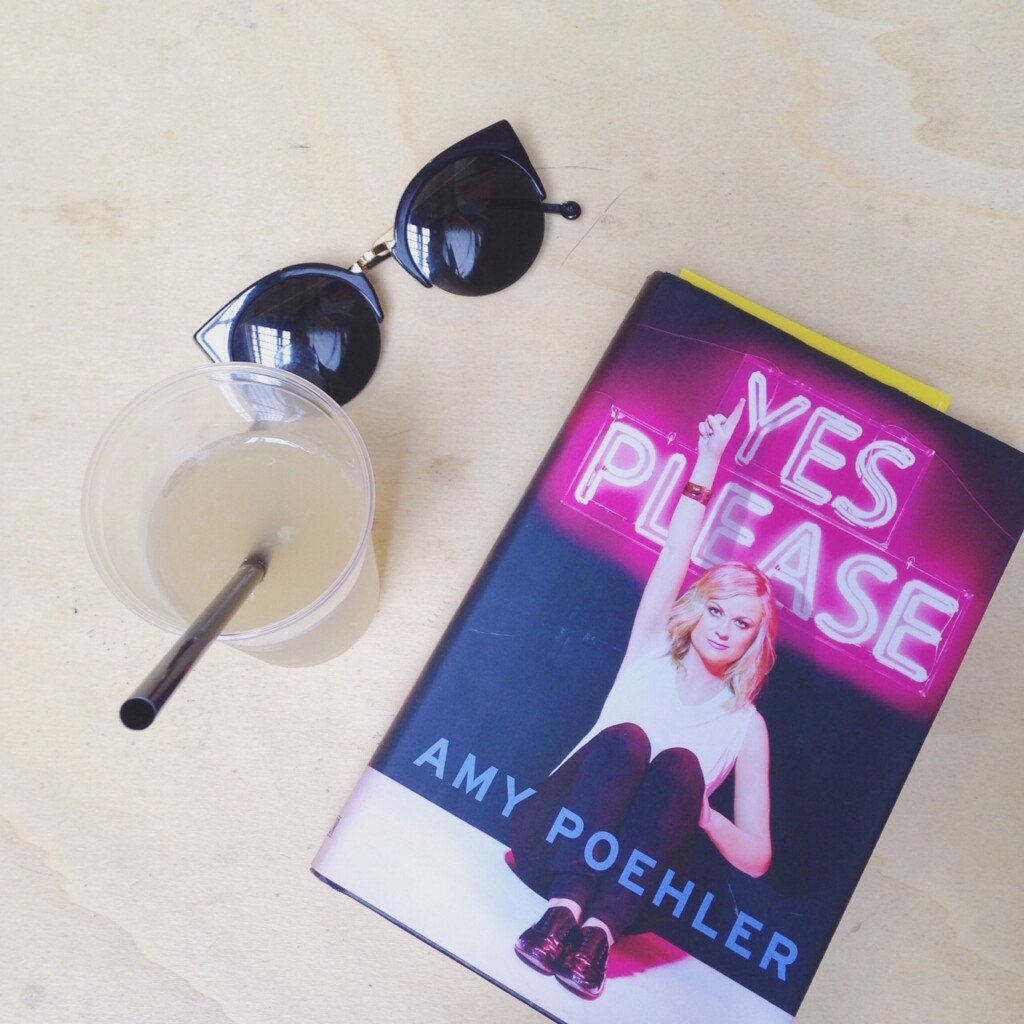 I really enjoyed the day in Tortona & Navigli, it is such a creative place with so much to discover around each corner. If you have any tips of any places you have been around there let me know so I can put it on my ever-growing list of things to explore!

LONGING FOR THE FJORDS 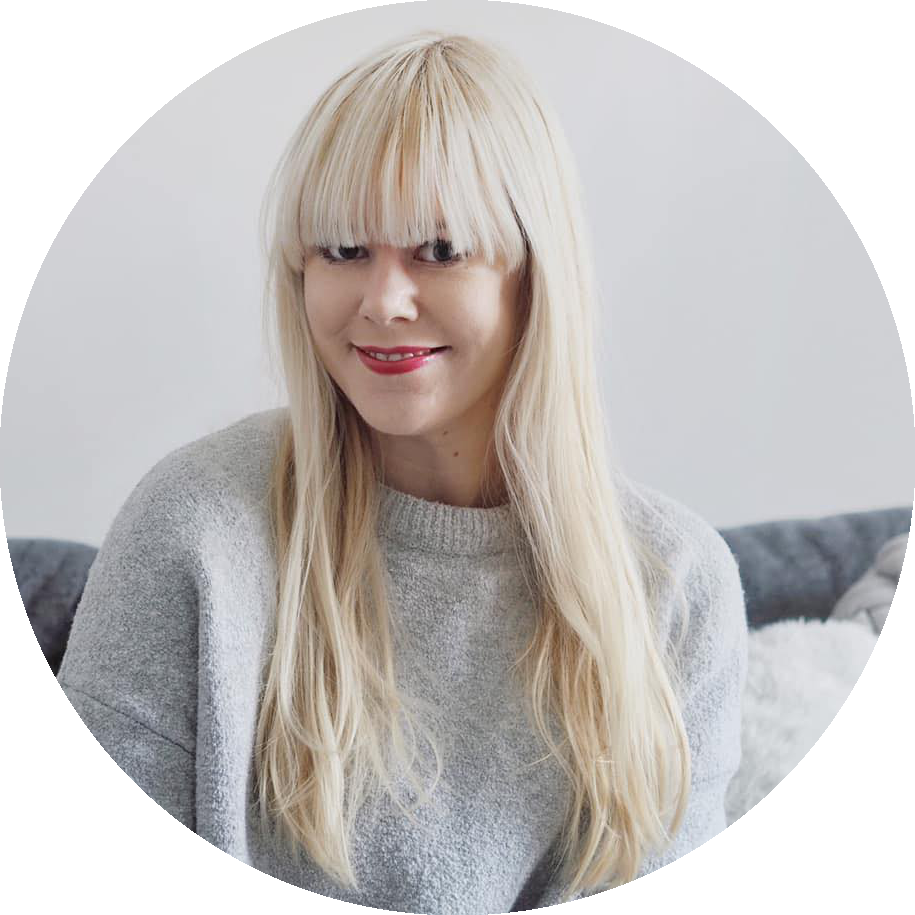 Any cookies that may not be particularly necessary for the website to function and is used specifically to collect user personal data via analytics, ads, other embedded contents are termed as non-necessary cookies. It is mandatory to procure user consent prior to running these cookies on your website.

I love the weekend morning ritual of walking to ou

Happy Friday from me to you! Today I am happy beca

A refreshing treat this summer: my simple homemade

Today is 3 years since Bowie came into our lives a